FLIGHT and SÉANCE have played to sold-out houses in the UK, Australia, Mexico, and South Korea. You can experience both at ArtsDistrict Brooklyn.

Step inside the container into a Victorian parlor and take your seat at the table. Put on your headset as the lights dim. Who will the séance conjure? The show’s master-crafted binaural audio delivers unnerving, freaky moments. You have to experience it to believe it.

DARKFIELD (London) is an innovator in the immersive space, pioneering a cutting edge blend of technology and theatre. DARKFIELD’s location-based work utilises striking sets and shipping containers, binaural 360 degree sound, complete darkness and a variety of sensory effects – all designed to situate each participant at the centre of an intense, evolving narrative. DARKFIELD havs been featured in major film festivals such as the BFI London Film Festival, Venice International Film Festival, IDFA, Tribeca Film Festival, Raindance Film Festival, SXSW, and in 2021 won Columbia’s Digital Storytelling Lab’s Breakthrough Award in recognition of the year’s most innovative narrative. 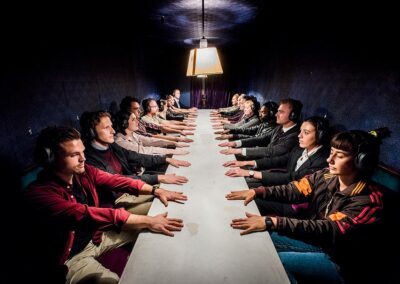 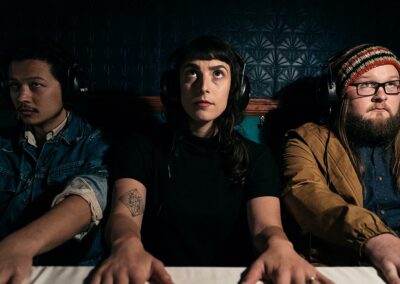 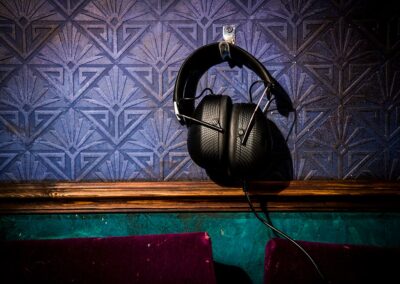 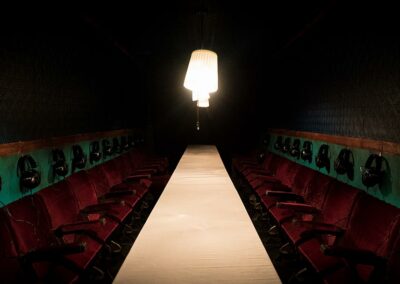